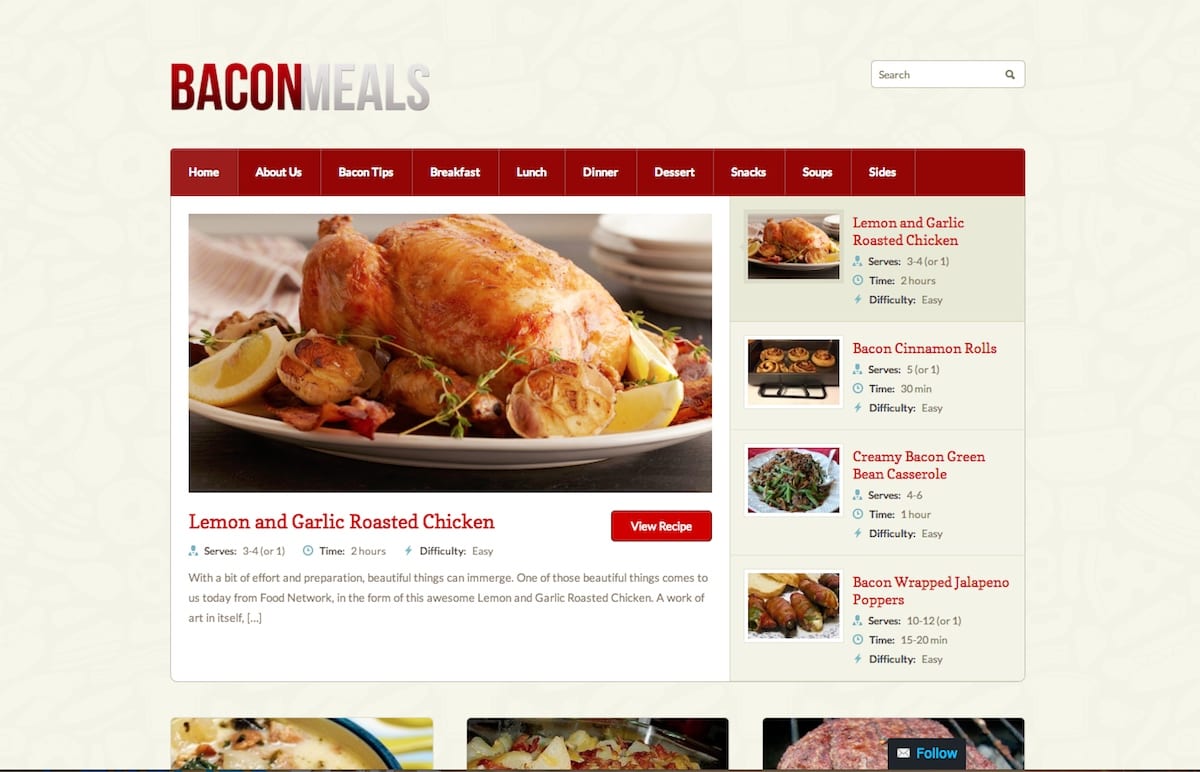 Bacon Meals is a very new site, born in late November 2013, which aims to give people delicious recipes that involve bacon. It’s a fun recipe site that is 100% dedicated to bacon, and any meal or culinary creation that involves it. Whether it be breakfast, lunch, dinner, snacks, soups, salads, or even desserts, Bacon Meals looks to feature it and share it with the world. it also looks to add a bit of humor to the art of recipe sharing, and almost always tells their readers jokingly not to share with others.

Though the site is very young, it’s already generated exceptional traffic and growth, currently having been viewed over 40,000 times since its birth. This incredible growth is also shown by the over 500 Facebook followers the site has to date, as well has the large numbers of “pins” that Pinterest users have added from the site. This is made possible largely because of the social media focus we’ve placed in the site, and because of a few unique features that were created specifically for the theme of a recipe site.

Recipes are always displayed with a large photo of the dish at the very top, showing users what their creations could look like. They are also displayed with a list of ingredients and step-by-step directions, each of which has customized formatting that makes them attractive to look at on desktops and mobile devices. Readers are also able to interact with a 5-star rating system on every recipe, dynamically adjusting what the community thinks of a recipe, to better gage whether it’s something to try or not. The site is also responsive, and typically caters to more mobile users than desktop users every week. We look forward to continuing its growth.